July 17, 2020
Just over a year ago, I subscribed to Adobe Creative Cloud. It's a suite of applications for photo editing, graphic design/creating, video editing and loads more. It was quite expensive, even with a substantial discount but I really wanted to develop some new skills that would sit alongside my Articulate skills.
Each week, the Articulate community posts a challenge. Usually, it's something to do with Storyline and eLearning but this week's was to create a cloned interview.

"What on earth is a cloned interview?" you may ask. Well, I had no idea either. I watched a couple of examples and soon it became obvious. It's a video where you have two of the same person and they interact with each other.
It kind of reminded me of The Lady in the Van. Alan Bennett has two personas in the film and they talk to each other. It's quite an interesting technique but I figured the subject has to fit that kind of thing.

I've had various conversations with people throughout lockdown about mental health issues. I wouldn't consider myself to have a mental health condition but I am, in general, aware of the importance of looking after my mental health. One of the things that affects mine, is how I talk about myself and the way I deal with situations. And that gave me an idea... 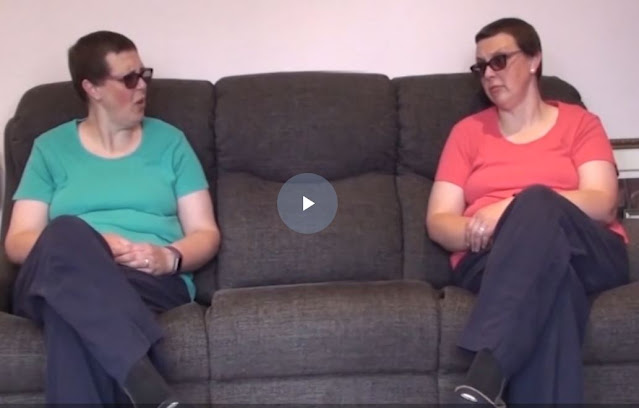 The basic idea is to record two videos, one with me at each end of the sofa, and then put them on top of each other, in layers, so that they play simultaneously. Whichever layer is on top will initially cover the bottom layer but you can add a CROP effect to the top layer and then drag to reveal the bottom layer. 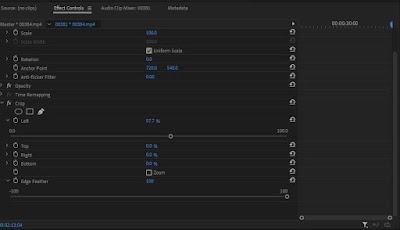 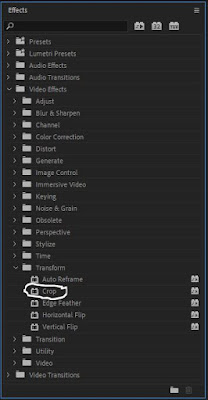 To crop the top layer, open the Effects menu and then look in Video Effects - Transform - Crop. Drag the Crop onto the top layer in the timeline. Then you will be able to edit the effect in the editing panel.
To do this, you need to have the Effect Controls panel open and then find and expand the Crop effect. That will give you the option of removing from the left or the right.
It probably stands to reason that you need to try to keep everything in the scene identical. I had my video camera on a tripod for both recordings and made sure it didn't get touched so that both recordings had the sofa and other things in exactly the same place.
Of course, the one thing that will inevitably change is the light levels. This means you will see a line down the middle, making it look unrealistic. 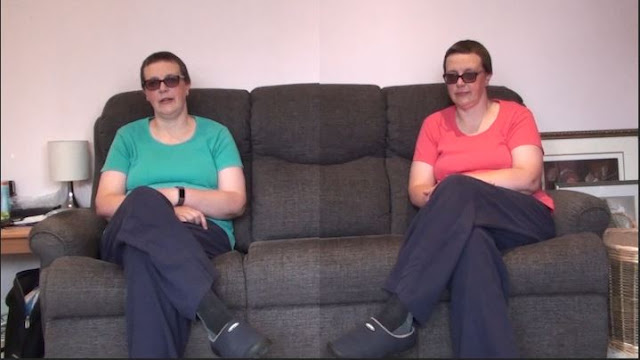 If you go back up and look at the Effects Control panel, you will see that the Feathering is set to 100%. You can adjust it between -100% and +100%. In the screenshot where the line is visible, it is at 0%. You need to adjust it until the line isn't visible.
It is worth watching the video through, looking at that line very closely, to check that you don't accidentally move any part of you over the line. If you do, you can adjust the cropping to make it less obvious.
I really enjoyed playing with this and I was quite pleased with the result. I just wish the green top me (positive) had smiled more and looked more positive. I was concentrating so hard on allowing time for the other me to answer, that I forgot to smile.
Getting the timing right... that really was tricky. That will take some practice!
Adobe Creative Cloud Adobe Premiere Pro Articulate 360 e-learning e-learning design