For anyone who's ever wondered what's inside a computer

August 26, 2019
The inside of a computer is really interesting! It's like being able to open up a brain and see how it all connects together and how it links to the other organs in the body. You don't need to know it but it's interesting and sometimes rather handy to understand how it works (at a basic level, at least).

I love looking at the motherboard. It's full of little tiny parts, chips, places to plug things in, and bits that stick out through the case of the computer. Over time, they have changed a fair bit but they still do the same job. 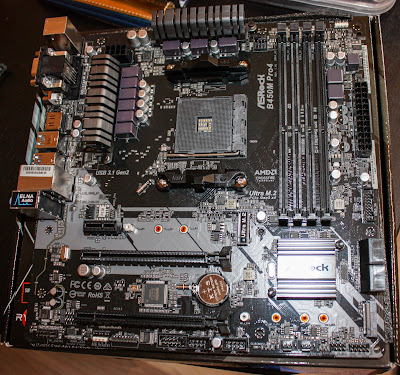 When you look at the back of a computer, you can see lots of places where you can plug things in: USBs, printers, headphones, etc. Most of these are on the motherboard and connect to other parts inside.

This is sometimes just called the processor. It's now a tiny component but it has a very important job. It's what makes the whole thing work. Because it does such a big job, it could get quite hot, so once attached to the motherboard, it has a fan attached over the top. 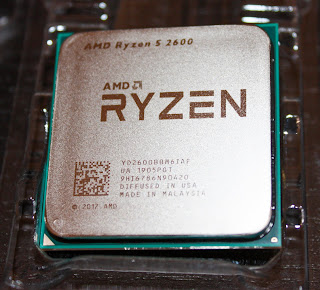 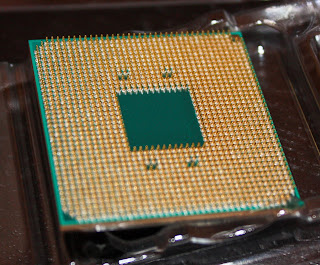 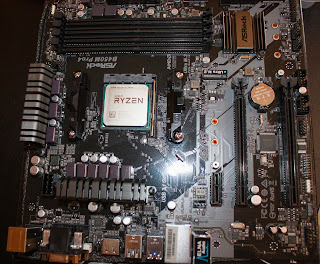 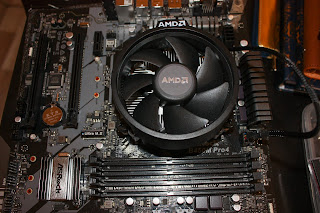 The CPU has a speed, given in GHz. Mine's 3.9 GHz, which is hopefully going to keep the whole thing working nice and fast. By contrast, I think our first ever computer had a processor that was about 60MHz.

The hard drive is where all the stuff is stored. Hard drive can also be referred to as storage, and this has grown so much over time. Both my new and my last hard drives hold 1Tb of data, whereas my first computer held 4 Mb. What did shock me today, was how much smaller they are getting in physical size. The photo shows my two 1Tb hard drives side by side. My new one is solid state, which should be better than the old one but I can't believe how compact it is. The hard drive doesn't slot directly into the motherboard. It attaches to the case and then connects with a wire. 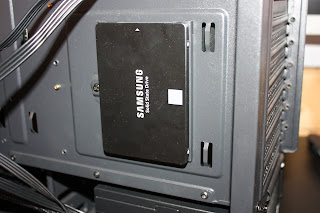 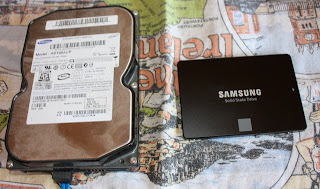 When the computer is working, the operating system and all the software will be installed on the hard drive.

This is the working memory of the computer. I think of it like short term memory, as opposed to long term memory. That's not very accurate but easy to relate to (especially if you have challenged short term memory). Again, this has grown loads over time. My first computer had 2Mb of RAM. We just put 16 Gb of RAM in my new computer, in two 8Gb strips. I don't think these have changed much though, in the way they look. In fact, after the case, I think this is the most recognisable part. 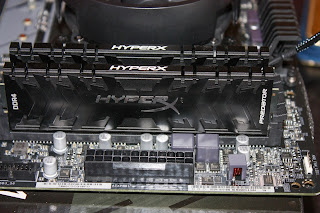 I do quite a lot of high intensity work on my computer, often running several big pieces of software at the same time, so plenty of RAM is essential for me.

It's obvious that a computer needs a power supply but it's more than just a cable with a plug on the end. The power supply has to be good enough for the components in the computer. It's one of the largest single parts and has its own fan. It fits onto the back of the case so that the power socket shows outside the case. 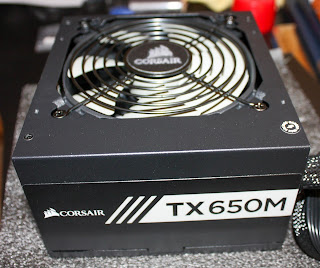 I always think 'card' is a bit of a dodgy name for this, as a decent one is huge - much bigger than a card. In some computers, if you don't do a lot of gaming or high graphics stuff, you can have a graphics card that is part of the CPU. My old computer had this. Now though, I'm doing a lot more graphics work, so I need something better. Fortunately, Josh had one that he no longer needs and donated it to my worthy cause. I think it's a piece of art in its own right!

The case and other bits and pieces

There are several other important things in my computer, such as: wifi adapter, DVD drive, lots of cables and cable management systems. Before we put the sides back on though, this is what it looked like. 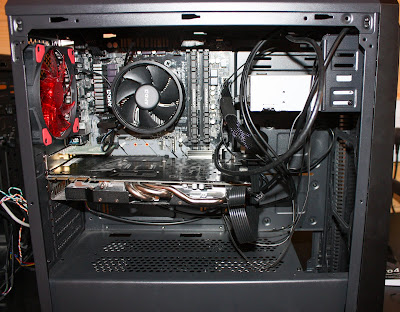 So the next time you turn on your computer, take a moment to think about what is going on inside. The power supply is taking your mains electricity and making all the different parts work. The operating system is sitting there on your hard drive, along with all the programs you use. As you load and use programs, the RAM stores and deletes little pieces of information, to ensure it all runs smoothly. Several fans are whirring away to make sure the whole thing doesn't overheat.

Another time, I might blog about software, but I've had a very busy day, so only one thing remains... to say a huge thank you to Josh for being the builder of my new computer. He has worked so hard to get it done in the day (with a trip to Ikea in the afternoon) and the temperature in my office was unbearable! He is definitely my superstar!
computer CPU graphics card hard drive motherboard power supply processor RAM 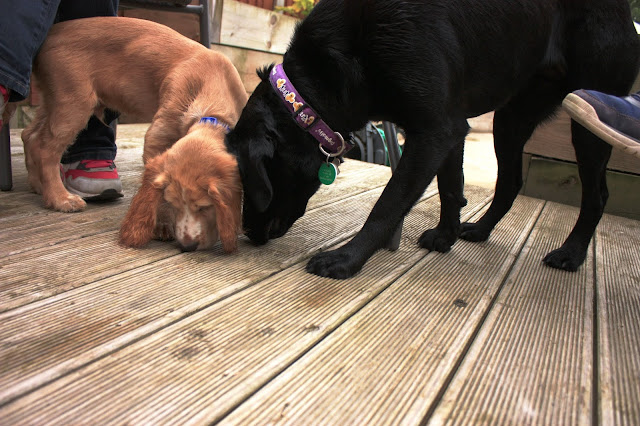